B Comm and REALTOR®

“The Right Advice for Buying or Selling with Confidence”

See how I can get you more

Get to know me better 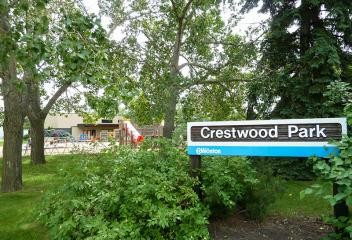 Candy Cane Lane, a popular part of the Christmas celebrations in Edmonton, is located in Crestwood. Residents along Candy Cane Lane decorate their homes with impressive displays of Christmas lights. People drive or walk along the street and enjoy the display.

Approximately nine out of ten dwellings in the neighbourhood are single-family dwellings, with the majority of these being owner occupied. Almost all of the remaining residences are apartments, which are almost all rented. The average household has 2.6 people, with one in four households having four people or more. Most of the houses in Crestwood (72%) were built between the end of World War II and 1960.

Crestwood is an above average household income neighbourhood.

The Crestwood Community League (founded on March the 3, 1917)[11] and originally known as the "142 Street District Community League") is the believed to be the oldest continuing Community League in Edmonton, Alberta and Canada.[12] The community league maintains a community hall, outdoor rink and tennis courts located at 143 Street and 96 Avenue.[13]

Let's discuss your next home sale or purchase, with no obligation.